In a stunning revelation, yesterday Florida police identified a deceased drifter as the man responsible for the abduction and murder or Adam Walsh, son of famous crime-fighting reality show host John Walsh. The crime has been unsolved for the 27 years since Walsh's body was found.

"If Ottis Toole was alive today, he would be arrested for the abduction and murder of Adam Walsh on July 27, 1981," Hollywood Police Chief Chad Wagner said at an afternoon news conference. "Lucky for him, he's dead."

"Afterward, Toole would be transferred into LAPD custody to face charges for the murder of 'The Black Dahlia,' Elizabeth Short, and then on to Colorado to face a jury for the murder of Jon Benet Ramsey. Further, we have reason to believe that, during what was apparently a junket to Africa, Toole was involved in a dispute with beloved primatologist Dian Fossey, who was of course later murdered. If he were alive today, Toole would be questioned about this case, as well," continued Wagner.

"We also have reason to believe that Toole may have been in possession of the bodies of both Chandra Levy and Natalee Holloway. Were he living and to have a place of residence, it would be thoroughly searched. Despite that he is dead, and will never face trial -- the cornerstone of our system of justice -- you can rest assured that Toole would undoubtedly be found guilty of these crimes, were he alive," a visibly emotional Wagner continued.

"Of course, there is also the matter of time that Toole is said to have spent in and around Dallas in the autumn of 1963, but we're not able to make any further comments about that investigation at this time."


The first sentence that entered my mind when I set about beginning this post was, "It's been so long, I can barely remember how to work this thing." It's only a marginally better way to begin a blog post than it is a pick up line, but I'm going to run with it. I mean, fuck. What does it matter? By now everything is all Twittery, and even a blog post is too time consuming to consume. I remember all the times I'd beat myself up for apply energies to something as ephemeral as a blog. I'm talking seconds upon seconds of guilt. Now, the idea of committing more than five words to anything seems like building an ark. Clearly, my days of demanding high dollar sponsorships and nude photos from readers are over.

Or have they just begun?

Whilst we ponder that, I proffer this, a Christmas wish list:

Ten Things Every American Family Wants in Their Stockings this Christmas, and Excluding My Hands

To everyone who voted, volunteered, or donated, thank you.

I'd like to claim that this means I'll get back to it, old school, but I can't say that for sure. Let's do one great thing for the world at a time, shall we? 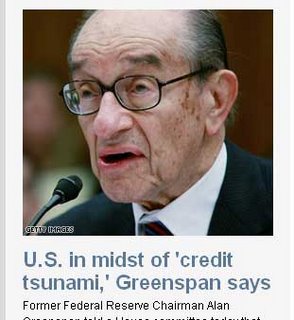 
I'll admit that I've been out of the loop for a while. I've been avoiding the news, and I certainly haven't been posting anything here. But from time to time one is compelled to speak out against outrageous injustice. For me that time is now.

And so I demand, here in the public, that Russia withdraw from Georgia, that they do it swiftly, and that they leave nothing but apologies in their wake.

Perhaps they could also leave vouchers of some kind in their wake. For something made in Russia. Raspberry Vodka or something.

Agents and actors on behalf of Russia have been making hay of things like US troops having trained in Georgia, or even our great President having visited Georgia. How silly! We paid for those bases, we'll train troops in them, and our elected officials will visit them as often as we, as the greatest nation on Earth, like.

Clearly Russia is trying capture some of that "American Magic." They've been witness to the massive economic success we've seen as a result of our various invasions, and they're simply trying to replicate that. Perhaps their actions stem from a concern that they need to diversify their economy and move away from one based solely on the export of petroleum products and leggy blonde white slaves. Sure, that economy has managed a budget surplus of nearly $18 billion dollars. That may even seem like a good thing to the uneducated and filthy, like the Russians. But clearly massive budget shortfalls and debt are the key to real economic dynamism, as is evidenced by our great nation.

You enjoying that XBox? You bet your ass you are.

So while Russia's rationale may be understandable, they've picked the wrong nation to invade. I mean, Georgia? Really? Why not pick one of those Istans south of you. No one can even name those places, let alone find them. Take one of those. Hell, take two.

But invading Georgia is not OK. It's not "peachy." And while we may not have the military capability to do it now, sooner or later, Russia, the people of Georgia will drive you into the Atlantic.


Hillary Clinton's foreign policy experience is much vaunted, especially by her. Consider her time in Bosnia:

That the mainstream media continues to let these incredible fabrications stand is depressing if not surprising.

BUY ME A GIFT

Hate customers?
Advertise on THE SPOONBENDER.